Another week another update!

This past week I've managed to rework the mushrooms, paint the rocks, and start painting the foliage atlas.

The rocks in particular were a challenge to get feeling right. They were repainted about 6 times in total before I got what I wanted.

I'm still not 100% happy, but that mostly cause of UV scale and errors that I would fix if I went back. The errors are minor and the scale just makes them a little blurry.

For the ground plane I used a mixture of two textures. Although it still needs work and is slapped together rather roughly, I needed something in now to get a better feel of the colours. 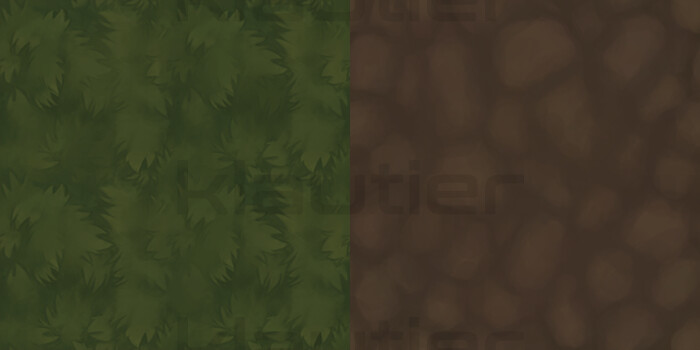 The grass texture I re-used from my last environment, and the dirt I made rather quickly and need to work on it more.

The major thing I worked on this week, was foliage! Again to start, I pulled up zbrush and sculpted the shape I wanted roughly for the top of the tree. The rest would be painted on planes in an atlas. 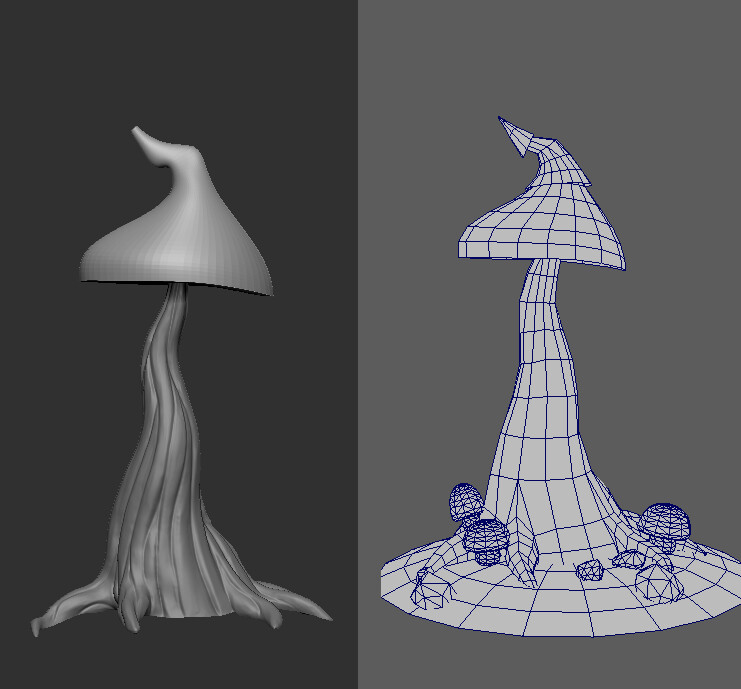 While the foliage atlas is still very in progress I've gotten a good sense of what I need to fill it out more. I also used it to create smaller branches at the base and top of the trunk. 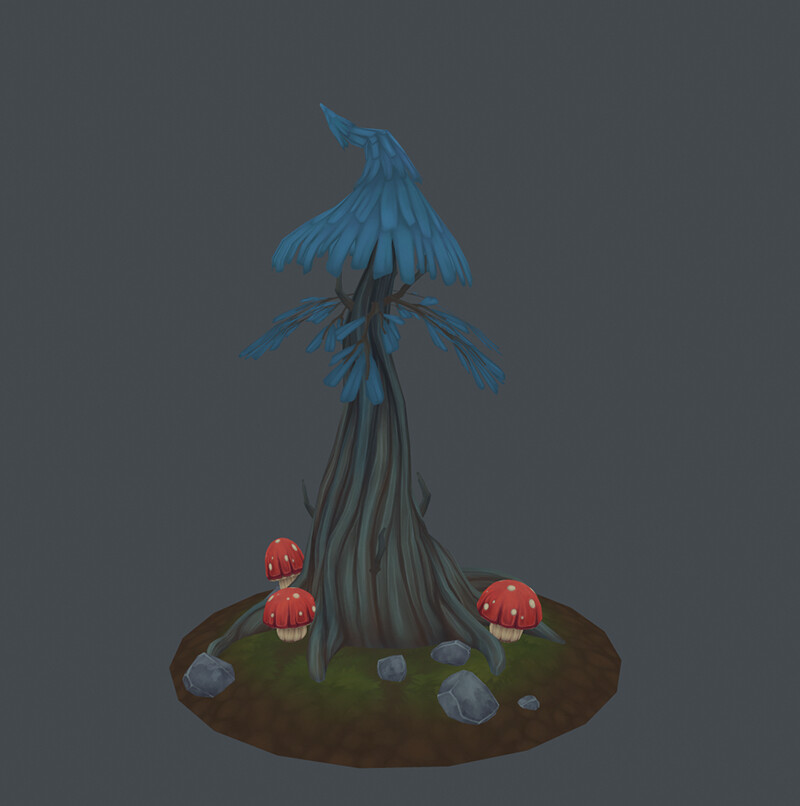